IRS Shortens the Delay for the Education Tax Credit Refund 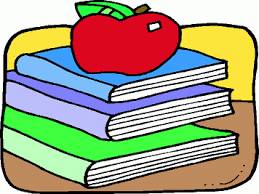 Good news for tax filers who are claiming refunds from education tax credits.

The Internal Revenue Service has reduced the amount of time it has estimated for processing tax returns claiming refunds from education tax credits.  Originally, in March, the IRS estimated it could take around 4-6 weeks to issue refunds to affected taxpayers who had filed tax returns with Form 8863, Education Credits.  There was a delay because Form 8863 had created new questions as well as programming issues at tax preparation locations.  An estimated 600,000 or more taxpayers refunds were delayed.  The IRS has now reduced the estimated amount of time for processing the delayed return by about 2 – 4 weeks.  And most all taxpayers should receive their refunds by the middle of April.

The IRS released a statement on March 26th, stating “Over the last two weeks the IRS has worked diligently to process tax returns affected by a problem with a limited number of software company products involving some taxpayers filing Form 8863, Education Credits…Due to the special steps the IRS took to help these taxpayers, the work is being completed more quickly than anticipated… Taxpayers affected by this issue can check ‘Where’s My Refund?’ on IRS.gov to determine the status of their refund.  The IRS reminds taxpayers that “Where’s My Refund?’ is usually updated overnight, so taxpayers only need to check the tool once a day.”