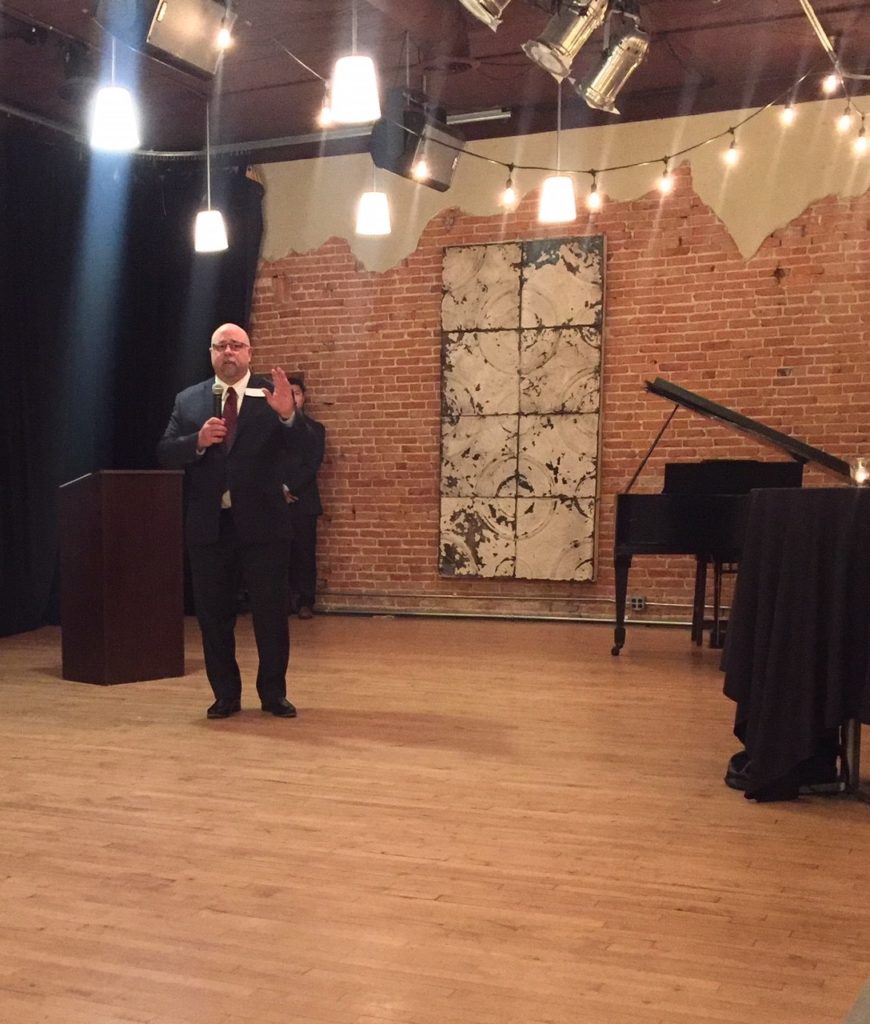 Last night two of our team members, Jeff Farrington and Jackie McDonald attended the Michigan Celebrates Small Business Nominee Reception in Lansing, MI. The event was at a beautiful venue called Old Town Marquee, it was the perfect location for the event.  Small business owners gathered to learn more about the award and the due diligence process. There were 470 companies nominated for an award that only 50 companies can win “50 Companies to Watch”, 60 were nominated to the “Michigan 50 Alumni” award and 10 were nominated for the “Small Business Innovation” award. There are companies nominated from all over the state of Michigan including the UP. The event went off without a hitch, Jeff, our COO shared a little bit about Gordon Advisors, the process and effort that goes into the due diligence, and his former experience as a small business owner. Not only did Jeff give a great speech but his words were truly inspirational for the nominees in the room. We heard from two past awardees, both telling their success stories of having been named one of the “50 Companies to Watch”, and how the award has truly helped them grow their business, helped them to be taken more seriously and given them opportunities they wouldn’t have had without the award.

Overall the event was amazing, the room was filled with hard working entrepreneurs, full of hope, happiness and exploding at the seams with excitement. Gordon is a proud partner and very excited to perform the due diligence, along with being able to interact with the nominees at upcoming events to honor them, they deserve it!